A few years ago, after I graduated New York University, I returned to my home town in the DC/Maryland/Virginia area (or the DMV as it is affectionately termed) to start my life as an actor. The DMV is home to some of the greatest regional theatres in the country. Of course, it is also home to some of the most important sites in American history, which, quite naturally, much of the culture and community is focused on.

In the few years I lived in the DMV, I must have played every black woman of note that ever lived. From Harriet Tubman to Diane Nash to Claudette Colvin to Caroline Branham-- Martha Washington’s enslaved Lady’s maid. I liked to call myself the time-traveling black girl.

Studying American history and the lives of these women, while virtually living in their heads and experiences each day, made me feel like I was in some sort of twisted time warp. This was also the time of Barack Obama’s first term in White House and his subsequent run for a second term.

I ask you to remember the racial tension that was all around. We had people saying that the President would be planting watermelons on the White House lawn. Emails were forwarded proclaiming that this was the beginning of a race war and the end of the country as we know it. People bought guns. (A lot of guns.) A scientist reported the evolutionary explanation as to why black women were the least attractive of all the races. The Oprah Show ended. It was mass chaos.

And in the midst of all this, I was playing a slave. Everyday, I was literally playing a slave. I mean, I was getting paid well for it, don’t get me wrong, and we all need a day job. But all the same, I was having all these experiences, and emotions. Talking to 100s of people a day about what it was like to be black in 18th Century America. And then returning to the 21st Century and reflecting on what had and had not changed.

So, I wanted a way to present all of the most interesting, and somewhat infuriating encounters that I had, the feelings that they brought up, and the questions that they left unanswered. I do not think that Ask A Slave is a perfect way to do so, but I think that it is a fun, and a hopefully somewhat enriching start.

Thank you for watching. 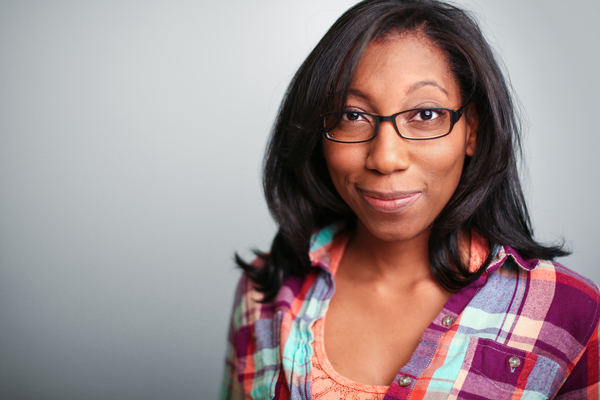